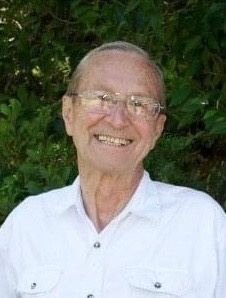 On February 2, 2022, one of the pioneers of the first FSSPX chapel of St. Joseph’s in Armada, MI. and the finder of the property in St. Mary’s, Kansas, David V. Gayner passed away and left a legacy unmatched. Under the direction and approval from Archbishop Marcel Lefevre, David was not only the key negotiator with Fr. Bolduc for the property, but was also instrumental with the clever idea of how it could be donated. He was the first business manager, and worked tirelessly with Fr. Bolduc to get the church and school started. Little did they both know, St. Mary’s would not only become the largest church with a growing population of over 4,000 people, but also the largest school with over 1,000 students!

David V. Gayner was born in Wayne, MI. on July 22, 1936. He was the son of Polish immigrants, Peter and Victoria. He had seven siblings. His traditional catholic family was very poor. His mother would give him two shells to get dinner, and missing couldn’t be an option! Carrying his shoes to school, and living off the land was his way of life.

He met his wife Sandra in Detroit, MI. and married her on May 4,1968. They had five children.

David served in the Army for two years. After failing paratrooper school due to flat feet, he became a radio operator. This knowledge would soon flourish in the outside world, where he would work for a plethora of companies. Michigan Bell, Southwestern Bell, Rockwell International, Alcatel, Pacbell, and Boeing, were all grateful and blessed to have him. David spearheaded the first camouflage on a radio tower in the tulip capital of the U.S., in Holland, MI. All radio and cell towers use his idea still today. After retiring from three companies, and being known as the “Grandfather of radio,” by many within the industry, he opened the very first two Verizon stores in Minden, and Carson City, NV. After selling these businesses, David ended his long and extremely rewarding career at At&t.

David learned to become an avid and passionate skier in Michigan. He then used his talent to become a champion skier in downhill racing. He traveled on numerous occasions to compete in Switzerland, Austria, Canada and Michigan. His trophies were countless. His children remember the first time he saw a snowboard. He was appalled by the sight of it, saying, “that’s not even a sport!” He was a diehard fan of the Kansas City Chiefs. He loved Germany and Italy with a passion. Although he would never say “Italy” the proper way, he would always pronounce it “It-lee” which added to his children’s laughter.

David proudly received his pilot’s license on Dec. 26,1966. He owned a Cessna 178 and flew it all over the country. His payments were only made possible, because he took the door off, and would charge skydivers in Michigan. His children remember their favorite story on how he once took a joy ride in Michigan, fell asleep at the stick, and woke up somewhere over Canada!

In 1983, David received a medal for heroism. There was a 400 car pile up on the Oakland Bridge in CA. He climbed onto the guardrail of the suspended bridge, busted the car window, and dragged a married couple to safety with the aid of another good samaritan. The car blew up as soon as they were at a safe distance. That same year, he delivered a baby on the side of highway 70, outside of Topeka, KS. during rush hour traffic. He later found out they named the baby David.

Above everything David Gayner had accomplished, he excelled in these two attributes; being a devout Catholic, and being a loving, devoted father. His Catholic Faith was an integral part of just who he was. His Faith was instrumental in the rearing of his children. They will never forget the ending sentence of all the advice he gave, “Forgive that person, put it behind you, and be kind to them.” He would also say, “It doesn’t matter who you were in the past, but who you are today.” Their dad’s smile, kindness, integrity, humility, and above all love, will never be forgotten.

He is survived by his spouse Sandra; his loving children and their spouses, Mary, Bridget, (Matthew), Anthony (Brandy), Andrew, and Theresa (Steve); and his seven grandchildren who will never forget him, Sophia, Jack, Anthony Jr, Olivia, Patrick, Logan, and Vincent. He is also survived by his three sisters, Shirley, Louise, Celie (Richard) and his sister-in-law, Mary.

Whereas the hearts of his family are broken, and their dad isn’t there to help pick up the pieces, he will be remembered, “not in grief that he is no more, but in thankfulness that he was.”

Requiem Mass will be at 11:00 AM Thursday February 24, 2022 at Assumption Chapel with Interment in Our Lady of Peace Cemetery,  Mr. Gayner will lie in state and the family will receive friends from 2:00 until a memorial service at the funeral home at 3:00 on Wednesday, February 23, 2022 followed by a rosary at 5:20 PM. Memorial contributions may be given to the
*Anna Schindler Foundation that helps families who have children with cancer and sent in care of the funeral home.

To order memorial trees or send flowers to the family in memory of David Gayner, please visit our flower store.