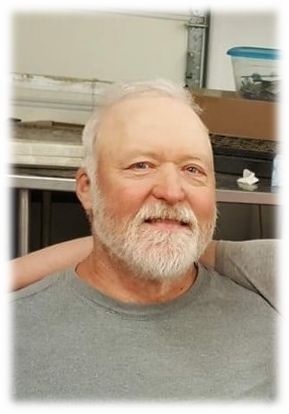 St. Marys—Daniel L. “Dan” Brunin, 62, aka, “Farmer Dan” left this world for greener fields on Wednesday, June 9, 2021 after a long fight with kidney disease, and the most insidious disease no one has ever heard of, calciphylaxis.

He was born September 22, 1958, in Topeka, the son of Robert J. and Veronica J. Muller Brunin.  Dan was raised in the St. Marys community and graduated from St. Marys High School in 1976.  He was a member of Immaculate Conception Catholic Church in St. Marys.

Dan was a farmer and a truck gardener.  On many weekends you would find him selling his produce in Downtown St. Marys.  Gardening and farming were his passion. He especially loved raising sweet corn, tomatoes, and pumpkins. Brunin Sweet Corn was his pride and joy, and has been eaten in almost every state, and several different countries. In the last several years, his name “Farmer Dan” was used interchangeably with “Dan the Pumpkin Man,” by the many kids that went to pick pumpkins from his patch.  He also loved growing corn and soybeans, and watching the grain market prices was one of his favorite pastimes. Even in his last days, he would excitedly ask for updates on grain prices, which his family and friends happily provided. In addition to farming, Dan operated Brunin Catering with his wife Donna, fulfilling yet another dream. He loved cooking for his friends and family, and his ribeye steaks and prime rib were legendary. His made-to-order omelet bar on Christmas morning was a tradition.  One of his family’s biggest regrets is that he didn’t get to fix that one last prime rib for us as he hoped to do before he went to KU Med. Before farming and cooking, Dan had been a painter and he and his wife Donna owned and operated Brunin Paint and Decorating in St. Marys. As a painter, his skill, attention to detail, and quality was unmatched. He loved painting, and making his customers happy. Through both the Paint Store and his painting, he made friends from all walks of life in many different communities. He also skillfully refinished furniture, and was a tile layer. If handiwork was involved, he excelled at it, and enjoyed doing it. Dan fully embodied the saying, “Do what you love, and you’ll never work a day in your life.”

In addition to his professional talents, Dan was a skilled outdoorsman. He was an amazing fisherman. He set lines on the Kansas River, and caught flathead catfish from an early age. However, catching those fish was always better when he checked those lines with friends and family.  His morel mushroom hunting ability was unparalleled.  As his son Darin said, “…he could probably smell a morel mushroom from a ¼ mile away.” Many friends inquired as to whether he would give up his favorite morel spots to them before he passed. He did not. Some secrets are forever.  However, he did share his wonder and love of nature with his children and grandchildren, and every Bald Eagle, every Monarch butterfly, and every Zinnia that flowers will be a reminder of him. His family and many, many friends meant the world to him.

He was preceded in death by his parents.  Dan was united in marriage to Donna Jenssen on April 20, 1979, in St. Marys.  She survives of the home.

Mass of Christian Burial will be celebrated at 10:00 A.M. Tuesday, June 15, 2021, at Immaculate Conception Catholic Church.  Interment will be in Mt. Calvary Cemetery, St. Marys.  Dan will lie in state and the family will receive friends Monday, from 5:00 until the rosary at 7:00 P.M. at the church.

The family would like to thank the doctors and staff at the University of Kansas Hospital for their kind and respectful care, and efforts while Dan was hospitalized.  In lieu of flowers, consider cooking a meal for those you love, or go buy vegetables at your local Farmer’s Market in his honor. Memorial contributions may be made to the American Kidney Foundation, Wild Animal Sanctuary, or Little Prairie Donation Garden and sent in care of Piper Funeral Home, 714 Maple Street, St. Marys, Kansas 66536.  To leave online condolences go to www.piperfuneralhome.com.

To order memorial trees or send flowers to the family in memory of Daniel Brunin, please visit our flower store.