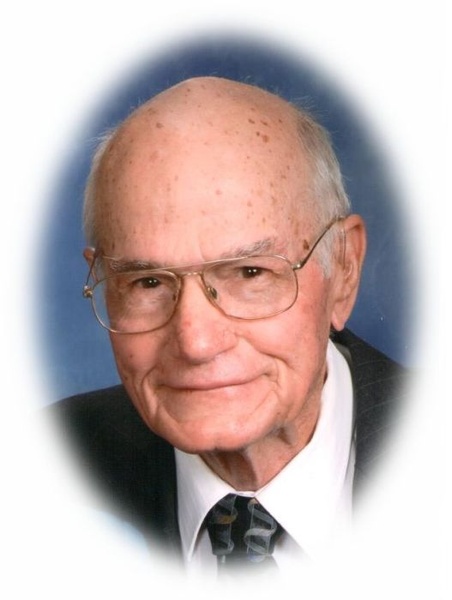 He graduated from St. Marys High school in 1944 and worked for 42 years for the Union Pacific Railroad as a station agent/telegrapher in Kansas City, Wamego, Clay Center, St. Marys, and Topeka. During his career, he also worked as a mobile agent, serving Union Pacific customers between Topeka and Manhattan.

Public service was an important part of Dan’s life. He served on the St. Marys City Commission from 1963-1969, and as mayor in 1964. He spent 16 years on the Kaw Valley USD 321 Board of Education and was on the board when voters approved the construction of new high schools in Rossville and St. Marys on the fourth try at the ballot.

Dan was a longtime scoutmaster for Troop 94, he mentored 15 Eagle Scouts.   He was awarded the District Award of Merit and Silver Beaver Award.   He also was a member of Troop 1 by completing Wood Badge. He organized many troop canoe trips to the Quetico Provincial Park in Canada.

Dan was an avid outdoorsman and enjoyed hunting and fishing. He shared his love of the outdoors by teaching hunter education classes in St Marys for several years. He planted a large garden annually and enjoyed growing roses.

He was a member of Immaculate Conception Catholic Church and volunteered in many capacities at the church.

He was preceded in death by his parents, a sister, Sister Wilma Baumchen, OSB; and a brother, William J. Baumchen Jr.

A parish rosary will be at 6 p.m. Sunday, Jan. 12, at Immaculate Conception Catholic Church, St. Marys, followed by a gathering in the parish hall.

Memorials may be contributions made to the St. Marys Community Food Pantry or the St. Marys High School Alumni Association in care of Piper Funeral Home,714 Maple Street, St. Marys 66536.

To order memorial trees or send flowers to the family in memory of Daniel Baumchen, please visit our flower store.