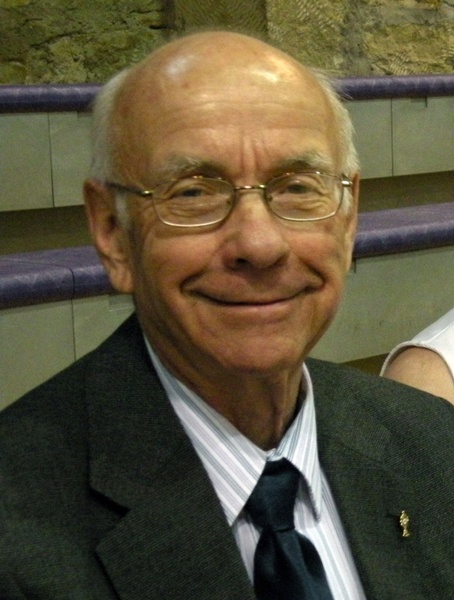 He was born September 9, 1936, in Grinnell, Kansas, the son of Joseph and Ann Zimmerman Manhart.  Cletus graduated from Hoxie High School in 1954 and Pittsburg State University in 1960.

He lived in Beloit where he taught at St. John’s High School from 1960 until 1966 when he moved to Rossville where he taught for two more years. Cletus then moved to Silver Lake and began his 30 year career as a computer programmer working for the State of Kansas and later BC/BS in Topeka.  Cletus was a member of St. Stanislaus Catholic Church in Rossville and the Knights of Columbus.

On June 8, 1963, he was united in marriage to Louise Reiter in Beloit.  She survives of the home.

Mass of Christian Burial will be at 10:00 A.M. Thursday, February 27, 2020, at St. Stanislaus Catholic Church in Rossville.  Interment will be at 2:00 P.M. at Memorial Park Cemetery, Topeka.  Cletus will lie in state, and the family will receive friends from 6:00 until 8:00 P.M., followed by a parish Rosary on Wednesday, February 26, 2020, at the church.  Memorial contributions may be made to St. Stanislaus Church Building Fund or the Topeka Rescue Mission and sent in care of Piper Funeral Home, 714 Maple Street, St. Marys, Kansas 66536.

To order memorial trees or send flowers to the family in memory of Cletus Manhart, please visit our flower store.