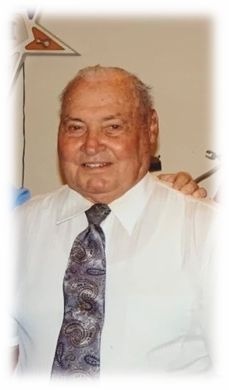 Charles grew up in the Emmett and St. Clere communities and graduated from Emmett High School.  He served in the United States Air Force from December 2, 1954 until his honorable discharge on October 2, 1958.  He was a Crew Chief on F86 airplanes serving in South Africa and Germany.

Charles moved to the Silver Lake community in 1963.  He worked at the DuPont / Flexel plant for 30 years before he retired.  Charles had a passion for farming.  He started farming at an early age and farmed all of his life.  He was a member of the United Methodist Church, Masonic Lodge No. 50 and Order of the Eastern Star Loyal Chapter No. 176 all at Silver Lake.  He was a member of the Scottish Rite in Topeka.  Charles enjoyed hunting, fishing and camping in his younger years.

On January 16, 1959 he was united in marriage to Viola F. Shinault at Phoenix, AZ.  She preceded him in death on November 27, 2006.  Charles was also preceded in death by a son, Jim Wilson; his parents; his adoptive mother Maxine Boling; sisters, Dorothy Zenner, and Lois Rinck; a great-grandson, Thomas Anderson.

Funeral services will be at 1:00 P.M. Thursday, October 3, 2019 at the First Baptist Church in Silver Lake.  Interment will be in Silver Lake Cemetery.  Mr. Wilson will lie in state and the family will receive friends from 6:00 until 8:00 P.M. Wednesday, October 2, 2019 at the funeral home.  Memorial contributions may be made to Midland Hospice or the American Kidney Fund and sent in care of Piper Funeral Home, 714 Maple St., St. Marys, Kansas 66536.  To leave online condolences go to www.piperfuneralhome.com

To order memorial trees or send flowers to the family in memory of Charles Wilson, please visit our flower store.