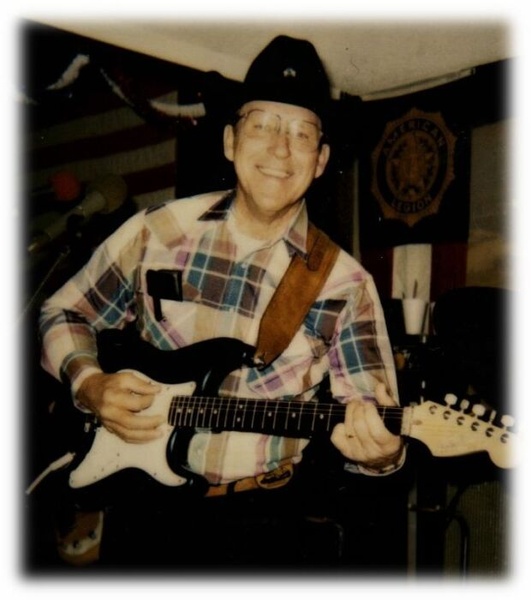 Ed was born at home in rural Shawnee County on February 7, 1938, to his late parents Charley & Alta Briggs Thompson.  Ed was a 1956 graduate of Rossville High School.

He worked in partnership with his dad and his brother, Bill, for their family company, Thompson Construction. building ponds and terraces.  He then worked for the City of Topeka Street Department and retired from Dover Township after many years of service.

Ed loved country western music and formed the band “Ed Thompson and the Rovin Ramblers” with his brother Bill and backup musicians. They performed in most of the dance halls and clubs in the local area for years. He later formed the “Ed Thompson Band”.

He is preceded in death by his daughter Lori Jean Thompson Davis, granddaughter Janelle Barber and great-granddaughter Grace Long.      He is survived by his wife Carolyn Jeannine Thompson of the home.

Memorial contributions may be made to TARC and sent in care of the funeral home.

Funeral services will be at 10:00 A.M. Monday, June 28, 2021, at Piper Funeral Home in St. Marys.  Interment will follow in the Rossville Cemetery.

To order memorial trees or send flowers to the family in memory of Charles Thompson, please visit our flower store.