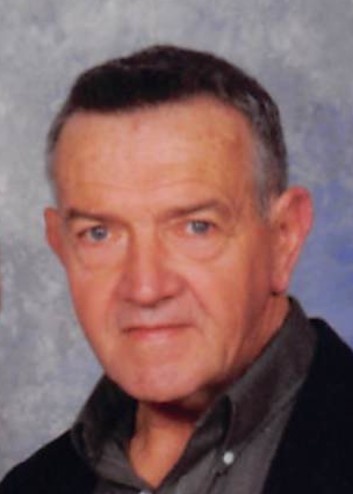 He was born to Carl and Viola Farrington Droegemeier at Ellsworth County, Kansas, on April 2, 1936.  The family moved to Burlingame in 1942, where “Chuck” attended rural grade school and graduated from Burlingame High School in 1954. He worked horses and on a dairy farm while he was in high school.

Chuck worked in construction for three years; he then went to work for the City of Topeka in the water department, where he worked for 39 years.  Chuck was self-employed as a part-time house painter for 43 years.  He had lived in Topeka for 18 years, Maple Hill for 25 years, and then Paxico before moving to Rossville.  He was a member of the Rossville Christian Church and the Topeka City Retirees Club.

On January 1, 1957, he and Janice “Jan” Colstrom were married in Osage City.  She preceded him in death.  He later married Nona Smith on September 21, 2006, in Rossville; she preceded him in death. Chuck was also preceded by his parents, a sister, Mary Escatel, brothers, Jim and Ralph Droegemeier, and son-in-laws, William Ronsse and Larry Arensman.  Chuck then married Helen Decker on June 25, 2010, in Rossville. She survives.

Memorial services will be at 1:00 P.M. Saturday, January 23, 2021, at Piper Funeral Home in St. Marys.  The inurnment will be in the Maple Hill Cemetery.  Memorial contributions may be made to the Rossville Christian Church and sent in care of Piper Funeral Home, 714 Maple Street, St. Marys, Kansas 66536.

To order memorial trees or send flowers to the family in memory of Charles Droegemeier Sr., please visit our flower store.