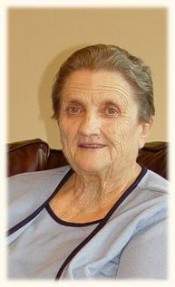 She was born June 23, 1941 at Wichita the daughter of Ciscro and Mary Louise Amberg Harlin. Beverly grew up in the Wichita and Bentley communities and graduated from Bentley High School.

Mrs. Posch was a member of Sacred Heart Catholic Church at Newbury.

On May 8, 1961 she was united in marriage to Leroy M. Posch in Oklahoma. He preceded her in death on March 20, 2008. She was also preceded in death by her mother, Mary and step-father, Melvin Reed, a brother, Steve Harlin and her daughter, Diana Posch on January 14, 2009.

Mass of Christian Burial will be celebrated at 10:30 A.M. Thursday, April 25, 2013 at Sacred Heart Catholic Church in Newbury. Interment will be in the Maple Hill Cemetery, Maple Hill. Mrs. Posch will lie in state and the family will receive friends after 6:00 P.M. Wednesday, April 24, 2013 at the church in Newbury. A rosary will be recited at 7:00 P.M. Memorial contributions may be made to the American Heart Association and sent in care of Piper Funeral Home, 714 Maple St., St. Marys, KS. 66536. Online condolences may be sent to www.piperfuneralhome.com.

To order memorial trees or send flowers to the family in memory of Beverly Posch, please visit our flower store.