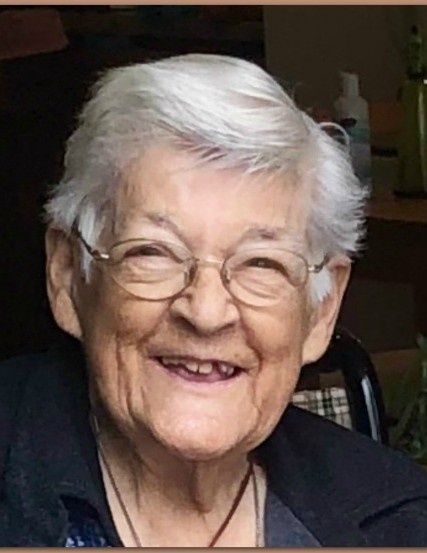 
On September 4, 2020, Beulah Louella Weeres passed away at age 83 after a brief illness.
Beulah was born and raised in Saskatchewan, Canada. She lived on a farm and had eight siblings. It was a hard but good life.
Beulah married in 1957 to Vince Weeres. They had six children. Two sons have preceded her in death, Steven and Paul Weeres, who resided in Canada. Her husband, Vincent, also preceded her. She is survived by four children: Michael Weeres: Kitimat, B.C., Canada, Brent Weeres: Medicine Hat, Alberta, Canada, Leane VanderPutten: Rossville, KS and Janice Weeres: Rossville, KS. She is also survived by 28 grandchildren and 43 great-grandchildren.
Beulah lived a very full life…
After her marriage, in her twenties and early thirties, she worked as a Nurse’s Aide for 13 years at the Grey Nun’s Hospital in Regina, Canada. She did not have her driver’s license so she would walk the mile to and from work. They were poor, so the money was needed. She spent the years after she left her career, caring for her growing children.
A few years following their move to the U.S.A. (in 1990), at the age of 62, after studying and working hard, Beulah received a Doctorate in Naturopathy. She used these talents, along with her giving and generous heart, to care deeply for her family and neighbors. She did this not out of obligation or for monetary gain, but because of who she was. She was always the first to offer help. No matter how ill she felt herself, or what worries she was experiencing, she always ensured that every person who crossed her threshold left feeling safer, healthier, and happier.
Beulah’s Catholic Faith was her driving force in everything she did. It was the foundation of her life and she spread that hope and joy to whoever asked her for advice….and there were many. The daily Rosary and daily Mass was her lifeline. She arose early in the morning to pray and each day was dotted with conversations with the Blessed Mother and her Beloved Son. Beulah’s faith, perseverance and devotion will echo through her children and grandchildren and the Faith that they also carry in their hearts.
Beulah spent her remaining seven years in an apartment attached to the home of Vince and Leane (her daughter) VanderPutten. Those remaining days she shared her heart and her home to her family and friends and her family took loving care of her. She was surrounded by her loved ones at home, singing and praying, as she crossed the threshold into the next life….
Rest in peace Mom/Grandma/Great-Grandma. We love you and you will be greatly missed!
Requiem mass will be celebrated at 10:00 A.M. Thursday, September 10, 2020 at St. John Vianney Catholic Church in Maple Hill, KS.  Interment will be in Mt. Calvary Cemetery St. Marys.  She will lie in state after 6:30 P.M. until the Rosary at 7:00 P.M. on Wednesday, September 9, 2020 at Piper Funeral Home in St. Marys, KS.

To order memorial trees or send flowers to the family in memory of Beulah Weeres, please visit our flower store.