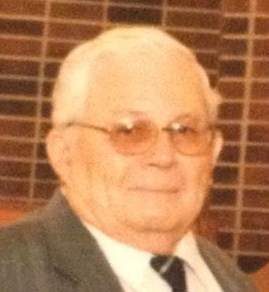 Benjamin Joseph Simecka, 88, passed away on Wednesday, April 9, 2014 at the Rolling Hills Manor in Topeka. He was born May 23, 1925 in Delia, Kansas, the son of Joseph and Mary (Cander) Simecka. Ben graduated from Delia High School in 1943 and farmed on the "Home Place" until retirement. On June 1, 1949 he was united in marriage to Norma Jean Fechner who preceded him on January 30, 2006.

A Memorial Mass of Christian Burial will be celebrated at 10:30 AM Saturday, April 26, 2014 at St. Stanislaus Catholic Church in Rossville. Private inurnment will be at Mt. Calvary Cemetery in St. Marys. Memorial Contributions may be made to Midland Hospice, Topeka or Delia Sacred Heart Oratory in care of Piper Funeral Home, 714 W Maple St., St Marys, KS, 66536. Online condolences may be sent to www.piperfuneralhome.com.

To order memorial trees or send flowers to the family in memory of Benjamin Simecka, please visit our flower store.