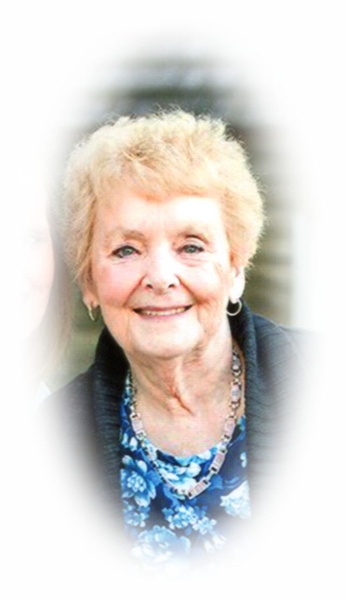 Barbara Lee May, 77, was welcomed into the Kingdom of Heaven Saturday, October 6, 2018 at Aldersgate Village Retirement Living Community, Topeka, Kansas. She was born April 27, 1941 in Adrian, Missouri the daughter of Reverend William "Bill" and Lorene (McCune) Wilson. When Barbara was quite young her family moved to Cimarron County, Oklahoma. Barbara attended schools in Boise City, Oklahoma. Her father was a Minister of the Gospel and she came to a saving faith in her Lord and Savior Jesus Christ at a young age. Barbara was united in marriage with the love of her life, Floyd Earnest May, on November 25, 1956 in Keyes, Oklahoma. After their marriage, Barbara and Floyd lived a few years in Boise City, Oklahoma and then moved throughout the Oklahoma and Texas panhandle area for Floyd's job. They then moved to Dalhart, Texas where they managed the Holliday Motel and then to Paxico, Kansas in 1976 where they operated a Hog farm. Barbara loved her children and was an excellent cook and homemaker. She worked as a Nurse's Aide at the Alma Manor and at Brewster's Place and cared for her parents in their later years at her home near Maple Hill, Kansas. She later received her Medical Secretary Certificate from Kaw Area Technical School in Topeka and worked for a time as a medical transcriptionist for Cotton O'Neil Clinic. She was passionate about her faith in Christ and was a member of many small charismatic churches over the years. Skyline Heights Christian Faith Center began in the basement of Barbara and Floyd's home in Keene, Kansas and she remained an active member after they moved to a new church building on Keene Road in Rural Wabaunsee County. She is survived by a sister, Lola "Maedine" Nelson, Julesburg, Colorado; two sisters-in-law, Barbara Wilson, Broken Arrow, Oklahoma, and Betty Wilson, Oklahoma City, Oklahoma; a daughter, Barbie and Rick Long, Rural Topeka; three sons, Charlie and Judy May of Cheyenne Wells, Colorado, Blyn and Bonnie May of Rural Eskridge and Arlyn "Frog" and Mary Lou May of Rural Auburn; ten grandchildren; and fourteen great-grandchildren She was preceded in death by her husband of 52 years; her parents; two sisters, Wilma Jean Wilson and Norma Arlene Wilson who died in infancy; and two brothers, Willis McCune Wilson and Eugene David Wilson. Funeral services will be held 10:00 A.M. Friday, October 12, 2018 at the Dover Federated Church. Burial will follow services at Bethlehem Cemetery, Paxico, Kansas. She will lie in state from 6:00-8:00 P.M. Thursday, October 11, 2018 at the Dover Federated Church where the family will receive friends. Memorial contributions may be made to Kansas Bible Camp, 4508 W 56th Ave, Hutchinson, Kansas 67502 or sent in care of Piper Funeral Home, 714 Maple Street, St. Marys, Kansas 66536.

To order memorial trees or send flowers to the family in memory of Barbara May, please visit our flower store.