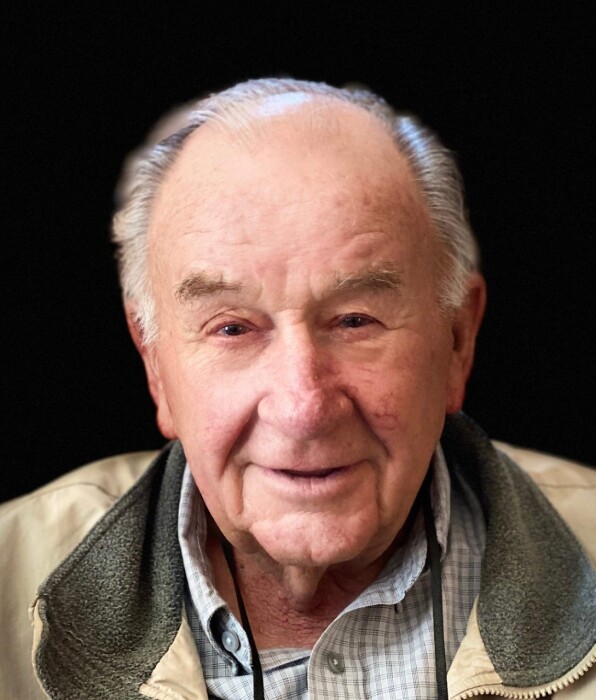 Arnold Dale Lietz, 91, of Eskridge, died on February 26. Arnie was born in Paxico on July 26, 1929 to George and Inez Miller Lietz. Arnie moved with his family to Eskridge when he was in high school and he graduated from Eskridge High School in 1949. Two weeks after his graduation, he enlisted in the Navy. Arnie served in the Navy from 1949—1953; part of that service was in Special Forces in the Korean War. During his service he was awarded the Good Conduct Medal. He was a farmer for 70+ years and a manager of the Topeka Goodyear plant for 37 years. He was a life long member of Trinity Lutheran church in McFarland, Kansas. He met the love of his life, Jerri Lu Wakefield, in high school and they were married on June 26, 1955. They were married for 49 years until Jerri passed away in 2004. Arnie and Jerri have two children: Dr. Kelly Humpherys (Allan) and Jerry Dale Lietz, both of Eskridge. Arnie has four grandchildren: Jared (Lizz) Humpherys of Gardner, Devin (Emily) Humpherys of Prairie Village, Ashley (Sam) Solomon of Fort Smith, Arkansas and Garrett Lietz of Eskridge. Arnie has three great grandchildren: Jacob and Jocelyn Solomon of Fort Smith, Arkansas and Amelia Gibbs of Gardner. Arnie is also survived by two sisters, Nita Rush of Eskridge and Maddy Sterrett of Holton; and two brothers, Mike (Karen) of Topeka and Gary (Maggie) Lietz of Eskridge. Preceding him in death were his parents, his wife, and a nephew, Steven Sterrett.

Arnie had a love of life, farming, family, and friends. He never met a stranger and he enjoyed serving the Lord and his community. He attended Emporia State University and Washburn University. Arnie joined Goodyear’s supervisory training program in 1957 and he was twice named to the Top Ten Supervisors’ Club. Arnie and his wife, Jerri, spent many decades building their farm in Wabaunsee County. They grew crops and over the years raised cattle, horses, sheep, and pigs. Arnie was a member of the American Legion Post #400 and the Veterans’ of Foreign Wars for 69 years. Arnie owned and operated R & D Scrap Iron in Topeka for several years after his retirement from Goodyear.

The family will receive friends, neighbors, and family on Monday from 4:00—6:00 PM at the Lietz home. The funeral will be Tuesday at 11:00 AM at McFarland Trinity Lutheran church; interment will be at Eskridge cemetery with full military honors at 2:00 PM.

Memorial contributions can be made to Redeemer Evangelical Lutheran Mission at Lake Wabaunsee.

To order memorial trees or send flowers to the family in memory of Arnold Lietz, please visit our flower store.