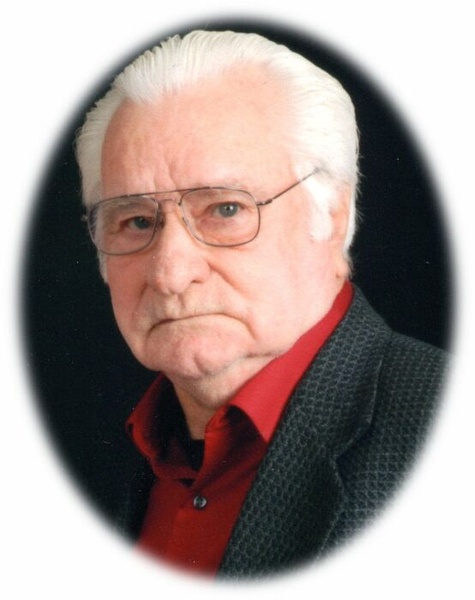 He was born February 15, 1937, on a farm north of Delia, to Garland and Viola Kovar Gideon. He was raised in the Maple Hill Community and graduated from Maple Hill High School in 1955. Arnold served in the Army National Guard.

Arnold was a farmer and was a fourth-generation breeder of registered horned Herefords. In 1947 at the age of 10 he became a charter member of the Maple Hill Hustlers 4-H Club, where he showed his Hereford cattle. He owned and operated Gideon Pallet Manufacturing. Arnold & DeAnn developed and operated Potagold Cattery, which became the largest commercial breeder of registered cats in the nation. These breeds included Persians, Birmans, Burmese & Abyssinians, which they showed as well as shipped all over the U.S. He was a member of the Kansas Cat Club Association in Manhattan. Arnold enjoyed his grandchildren and great-grandchildren; he was never one to rush them out and always said, “Come again soon and stay longer.”. He also enjoyed Chevy performance cars and watching the wildlife that came to feed in the front yard. Arnold always loved going to auctions. In later years, his interest was focused on Victorian furniture. He and DeAnn enjoyed dancing and square-dancing.

Arnold was preceded in death by his parents and two grandsons, Garen Gideon, and Jordan Maike.

On the 22nd day of October 1961, Arnold and DeAnn Sump were united in marriage at the Fancy Creek Zion EUB Church. She survives at home.

To order memorial trees or send flowers to the family in memory of Arnold Gideon, please visit our flower store.