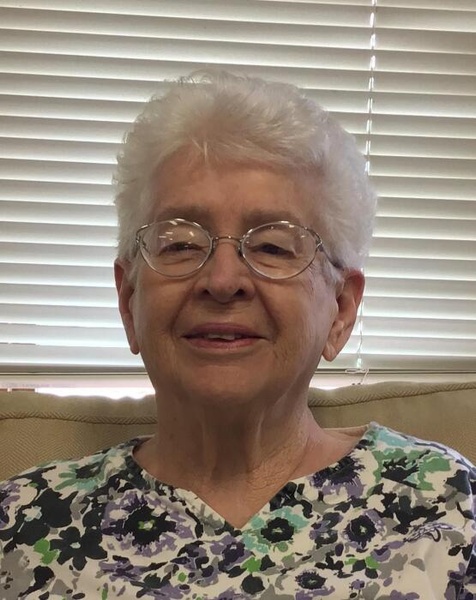 Homer Roy and Alberta Patricia Powers Harris. She attended Canal Zone schools, graduating in 1949 from Balboa High School. She attended Park College in Parkville, MO, for two years, and Wichita State in Wichita, KS, for one and one-half years.

On September 12, 1954, she was married to Roy Ayres Holladay at First Methodist Church in Wichita; the marriage ended in divorce 32 years later. The Holladay family lived in Atchison, Overland Park, and Louisburg before purchasing the St. Marys Star, a weekly community newspaper, and moving to St. Marys in April 1972.

On December 15, 1990, Anita was married to Arthur F. Janssen in a private ceremony at the St. Marys United Methodist Church. The couple lived in Emmett Township. He died of cancer September 30, 2001.

Anita was active in church activities, Extension, Girl Scouts, and Boy Scouts while her children were growing up. She enjoyed home arts, oil painting, and reading. She served as volunteer church secretary in Louisburg and was secretary for the St. Marys, Emmett, and Belvue United Methodist Churches. Anita was lay leader of the Emmett United Methodist Church, as well as secretary of the administrative board, and taught the adult church school class.

Anita and her husband sold the St. Marys Star in 1983. They resumed ownership and publication in 1985. Anita sold the Star in 2005 and retired.

To order memorial trees or send flowers to the family in memory of Anita Janssen, please visit our flower store.