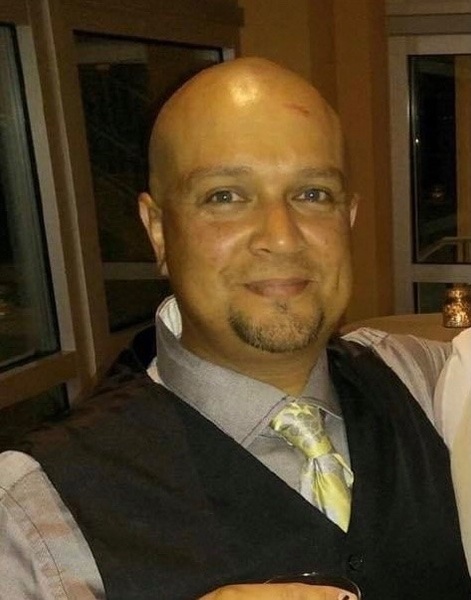 A loyal and devoted father, son, brother and friend, Alphonso E. Rojas Sr (Fonzie) at the age of 44, passed away peacefully surrounded by his beloved family on Monday, September 13, 2021, into Eternity with Our Dear Lord.

Family was everything to Fonzie. He was a committed, loving and caring father, son, brother and uncle. His children were his pride and joy. His priorities were always to carefully tend to everyone’s needs. He loved wholeheartedly. He is known for documenting everything whether by photo or video and excitingly sharing his family with all to see.

Fonzie was dedicated in his skills of workmanship, carpentry and maintenance. His knowledge, attention to accuracy and detail, care and precision, and continuous zeal for learning new techniques and skills was unmatched. He was disciplined, charismatic and a servant leader by nature, to those who followed under his supervision.

Fonzie was a simple man who loved deeper than the ocean. Once he was asked “why he would not deny people or say no to any task”, he answered “because I just want to make them happy”. He was loyal to a fault, leaving his own needs behind to serve and tend to others.

He had the ability to fill a room with smiles and make everyone laugh until their bellies hurt. He made every person feel seen. Joyful in his everyday life and his enthusiasm infectious to all.

He was distinctive in being himself, always.

He was preceded in death by his sweet Mama (Ana Rojas) and dear brother (Miguel Rojas).

His heart of gold, genuine kind spirit, selflessness, piercing blue eyes, unique laugh, and quirky ways will be missed by all who had the privilege to know him.

"Greater love hath no man than this, that a man lay down his life for his friends" St John 15:13: He leaves behind a legacy of true charity and fulfilling his duties as a true and proud Catholic.

To order memorial trees or send flowers to the family in memory of Alphonso Rojas Sr., please visit our flower store.