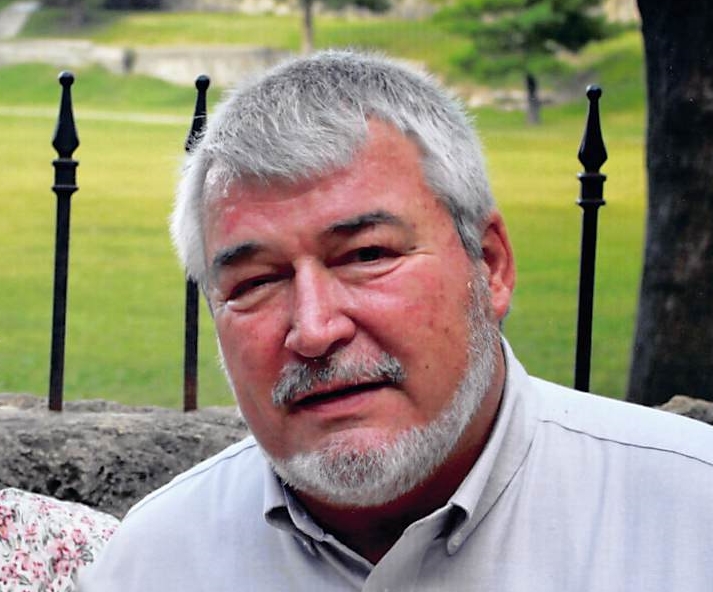 Robert Michael “Mike” Elliott, son of James Patrick Elliott and Gladys Ruth McNair Elliott, was born in Santa Maria, California on April 10, 1944.  He entered eternity on January 12, 2022, after a nearly seven-year battle with cancer and many other physical afflictions which he endured with admirable courage and resignation.

Mike graduated from Howard High School in 1962 and the University of Kansas in 1967 with a B.S. in Education.  He was a member of Sigma Nu fraternity.  He taught in the Topeka Public Schools at Whitson, Quinton Heights, Landon Junior High, and Topeka West High School.  Mike was a beloved but tough teacher of physical education and health.  He coached football, basketball, and wrestling.  Mike eventually left the teaching profession and became a general contractor for home construction, forming his own company, Elliott Construction.

Mike always yearned to fly airplanes.  In the early 1970’s he achieved this dream by earning both private and commercial pilot licenses.  In his earthly life, he especially enjoyed the great outdoors.  Motorcycling and ATVing in Colorado with family and friends, downhill skiing, deer hunting, and fishing were among his favorite outdoor activities.

Mike was a member of the Assumption Chapel parish of St. Mary’s Academy and College, St. Marys, Kansas.  He died peacefully after receiving all the traditional sacraments of the Catholic Church, including the Apostolic Blessing.

Mike was devoted to his wife, daughter, grandchildren, and friends.  He leaves to mourn his passing his wife Mary Katheryn of nearly 40 years, daughter Ann Marie Riccomini (Vince), grandchildren Zachary, Alexis, Xavier, Isaac, Emma, Vinny, and Tony, sister Denise Theiss (Ed), Elliott nephews Steve, Chris, and Jon and their families, nieces Michelle Harrod and Marie Strickler and their families, numerous cousins, and many acquaintances and friends including his two close friends, Ron Davis and Joe Hemmer.  He was preceded in death by his parents and a brother James Patrick “Sonny” Elliott, Jr.

Requiem Mass will be at 11:00 A.M. Thursday, January 20, 2022, at Assumption Chapel.  Interment will be in Our Lady Of Peace Cemetery.  Mr. Elliott will lie in state from 2:00 until 4:00 P.M. Wednesday, January 19, 2022, at Piper Funeral Home.  A Rosary will be recited at 5:20 P.M. Wednesday at the church.  Memorial contributions may be made to the Immaculata Church Project by clicking here.

To order memorial trees or send flowers to the family in memory of Robert Elliott, please visit our flower store.